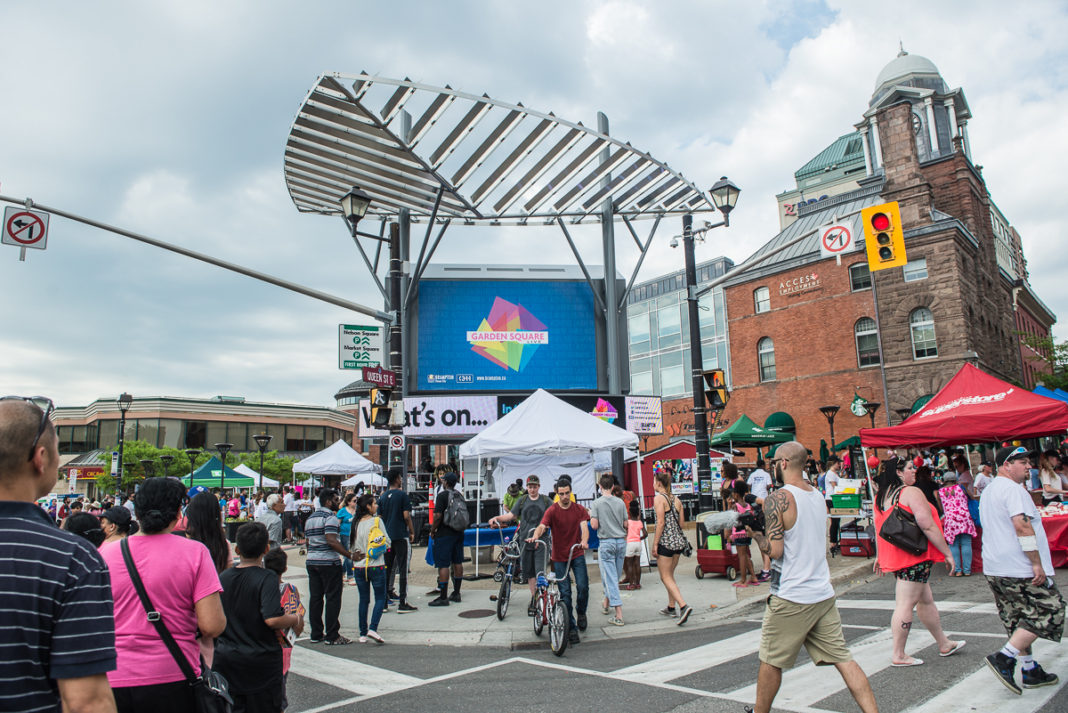 Summer nights will be a lot of fun in Downtown Brampton this July and August — starting July 5 catch artists from Brampton and across the GTA performing in Garden Square, all for free.

Every Wednesday in July and August local emerging artists perform on the Fountain Stage in a showcase titled THIS IS BRAMPTON. THIS IS BRAMPTON is presented in partnership with Brampton’s Very Own, B-Jazzed, and SounDrive Records. Concerts begin at 7 PM.

Every Friday concerts kick off at 7 pm with a DJ, followed by an opening act at 8 pm and headliner at 9 pm. Some of the music industry’s biggest rising stars will be performing, with a variety of music genres ranging from rock, hip-hop, indie, rap, and jazz.

This is Brampton Schedule