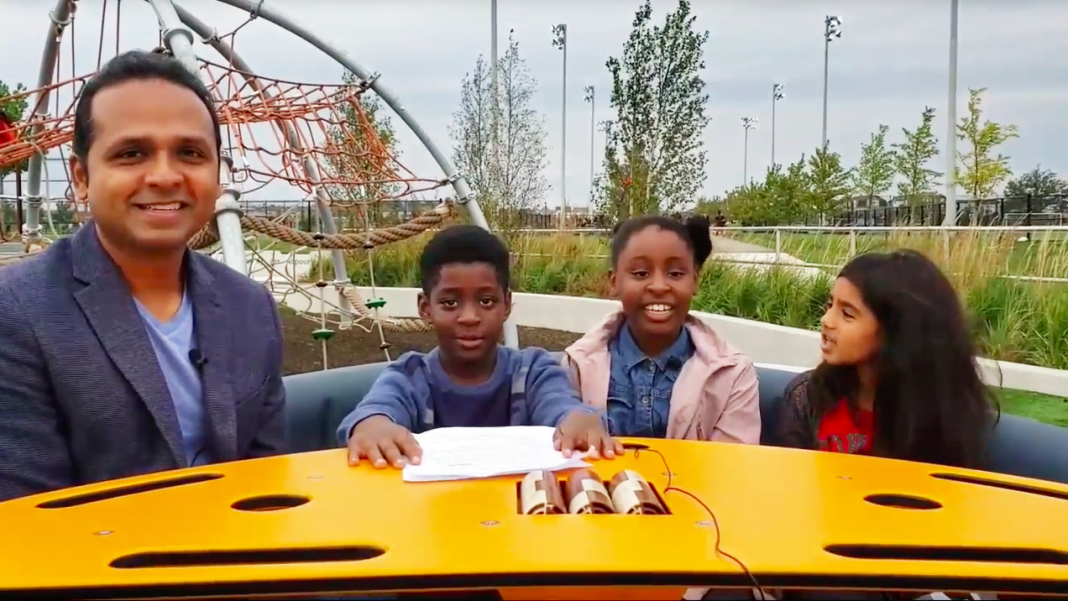 In the last election Brampton had a 34% voter turnout rate, and it was even lower for people under the age of 30. But two kids are challenging the notion that young people aren’t interested in and don’t engage with local politics.

Justin, 7, and Breanna, 10, a brother and sister duo from Brampton have been interviewing local candidates in their home ward of 2/6 to learn more about their roles and engage in the local democratic process.

The two got inspired when they had questions for their parents about the different roles of candidates in the election, roles which can sometimes be confusing and appear to overlap. Breanna and Justin started a YouTube channel to interview local candidates about their roles in the election and to hopefully inspire other kids to start getting interested in politics too.

“We know there are not a lot of kids interested in elections. Most kids would say it’s not important or they wouldn’t care because they can’t vote. We think kids should understand how decisions are made,” said Breanna and Justin in an interview with Bramptonist.

The two have been actively engaging with local candidates and so far they have interviewed school trustees and candidates in their home ward of 2/6 and even incumbent mayoral candidate Linda Jeffrey.

“We want them to learn how our moms and dads can vote and change things that happen in our city,” they say. “If kids are interested in it now, when they get older they will understand how important it is to vote and by voting you can make changes.”