Bramptonist
Home News City This Is Where Brampton Transit Plans to Expand its Routes Over the... 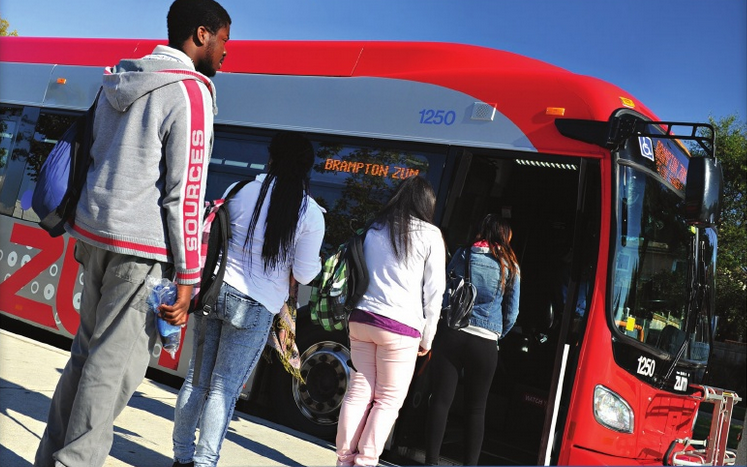 Brampton Transit has just unveiled its business plan for the next five years (2018-2022), outlining new expansions and major service upgrades.

Included in the new business plan is the 2018 Airport Road Züm expansion, the 2020 extension of the new line to Pearson Airport, and then the implementation of a new Züm line on Chinguacousy Road in 2022.

There will also be service expansions to existing Züm lines in response to other rapid transit projects, such as the Hurontario LRT, Highway 7 West BRT project in York Region, and the Finch West LRT to Humber College in Toronto.

Specific service improvements are still being finalized, but we do have some details for the next five years:

Brampton Transit will continue to expand “Base Grid” (routes that operate mainly on one road like Dixie or Sandalwood) and “Local” (community route) services, in demand to ridership, new road construction, and new building growth.

43 new Züm buses and 41 conventional service buses will be required to meet demand in the busiest time (afternoon rush hour) by 2022. In total, 175 new buses will be needed by 2022 to add new service and to replace the oldest buses in the fleet.

While transit signal priority has mainly been introduced to Züm routes, the new business plan outlines the possibility of adding it to some of the Base Grid routes, as well as introducing HOV lanes on city and regional roads.

Better customer service will be offered through real-time bus tracking (similar to the Toronto Transit Commission) through the regional trip planner Triplinx and Google Maps. The city plans to launch the GTFS real-time bus feed some time in 2018. Brampton Transit will also be exploring the possibility of wifi service on buses.

The full Brampton Transit 2018-2022 business plan has been extracted from the council agenda and can be read online here.