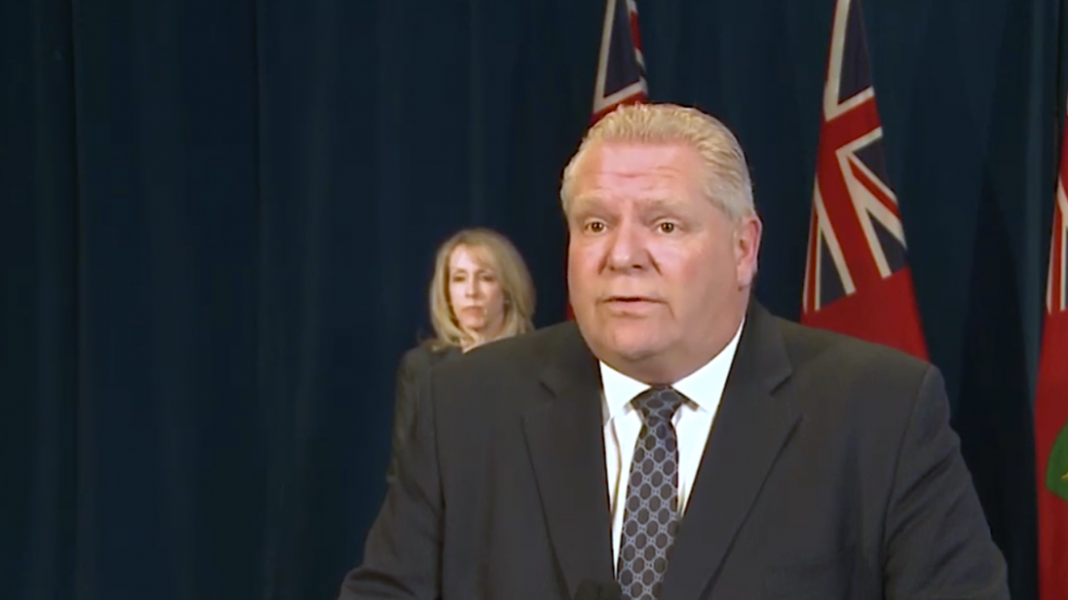 A Brampton homeowner has been fined after Peel Regional Police and Brampton Bylaw had to break up a massive house party at their home this weekend.

Officials said they had to end the 200-person party, which took around an hour to disperse, at a home not far from Countryside Drive and Goreway Road on Saturday night.

In a press conference Monday, Premier Doug Ford said the “everything and the kitchen sink” should be thrown at the “bunch of yahoos” who gathered in large numbers and didn’t respect vital public health measures.

Ford went on to call the group a “bunch of jokers” who “think it’s okay to have a party”.

“The matter will be going to court. Maximum penalty is $100,000. Reckless behavior is expensive,” Brown Tweeted Brampton Mayor Patrick Brown. He noted that the owners of the property were charged by the bylaw officers.

Under current Stage 2 rules the maximum number of people allowed to gather is ten, and that’s with physical distancing in effect.

Peel Police noted that they didn’t lay criminal charges, but a City of Brampton representative said the organizer received a fine of $880 and would also be charged under the public nuisance bylaw.