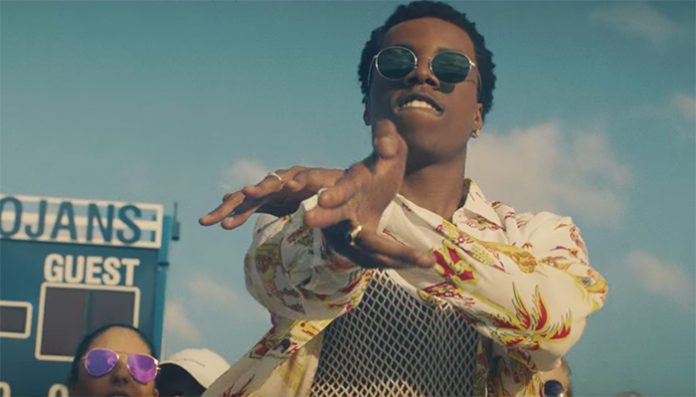 You need to start this list off with RAJAN who completely took over 2016 with this viral hit ‘Northside since ’95’, an homage to the Toronto Raptors as they entered the playoffs last season. Since then, tracks like ‘They’ and ‘OMG’ solidified his status as a force to be reckoned with.

This uplifting track about telling your detractors to ‘fuck off’ started off our year in 2016. The black and white music video fits the wavey song perfectly. It shows her getting her signature fade while generously distributing some strongly worded messages. Perfect.

8. Alessia Cara – Scars to Your Beautiful

This song technically came out in 2015 with Alessia’s debut album ‘Know-It-All’, but the July release of the music video made the song a sensation. It’s an anthem about loving the skin you’re in.

This track took inspiration from GZA’s track of the same name. We’ve been patiently waiting for a banger from our favourite Brampton rap duo. This kind of socially conscious and aggressive track is something we have come to love from Movin’ Cool.

Derin Falana has an entire project worthy of a list like this (peep Rocky Mountain Crescent), but the track ‘Bet’ is what represented his takeover in 2016. The massively successful single and accompanying music video grabbed the attention of the world, both for Derin and the B’s.

FatehDOE came out with his debut album ‘Bring it Home’ where he clearly defined his unique bilingual style, moving between Punjabi and English rap seamlessly. Fateh blew up on the Punjabi music industry scene when he began collaborating with Dr. Zeus. He was also featured in the film ‘Happy New Year’ starring Shah Rukh Khan in the song ‘Lovely’. His collaboration with PropheC encapsulates his West Coast rap influence with Punjabi melodies.

‘Say It’ was one of the most popular songs of 2016, easily competing with songs like Hotline Bling. This throwback R&B sound gave Tory Lanez his first platinum hit. In August of this year, Tory came out with his debut album ‘I Told You’.

Well, he told us.

Tory undoubtedly had a great year, securing him a back to back spot on the list. Luv was his second most popular song to date, fusing a brand new trend of dancehall inspired rhythms and lingo with distinctly hip hop and R&B sounds. Flipping old school samples seems to be a formula that works for Tory.

The list would be incomplete without paying homage to this Brampton OG. After a short hiatus, the king came back with a monstrous EP ‘Are U There?’. Sugar was a huge single, sparking its own line of merch.

Arguably the track of the summer, not just in B-Town, but for fans of the genre. This tune followed Drake’s Controlla on the summer time Dancehall tip and fully featured patois slang. The light summery beat was a perfectly complement to Roy’s relaxed melodic flow. The music video was on another level as it featured Brampton’s 4YallEntertainment and T.O. legend Kardinal Offishall.

What were your favourite tracks of 2016? Let us know in the comments below.