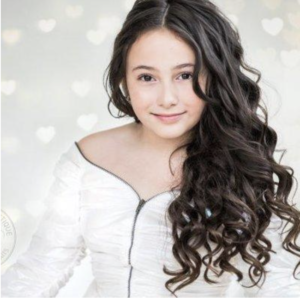 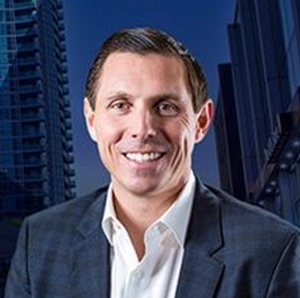 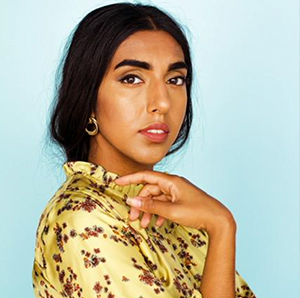 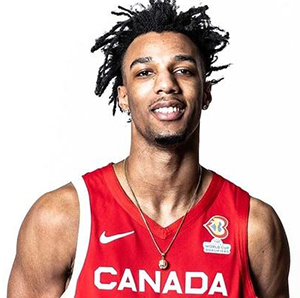 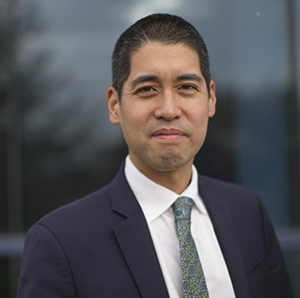 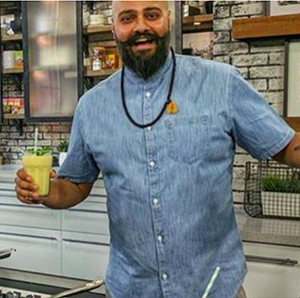 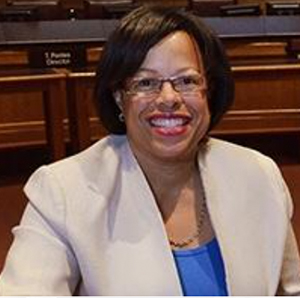 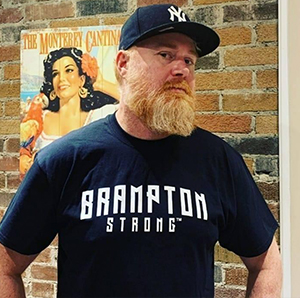 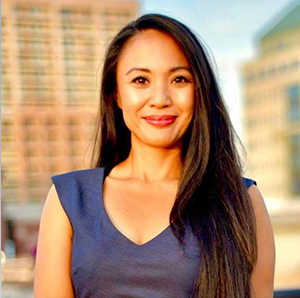 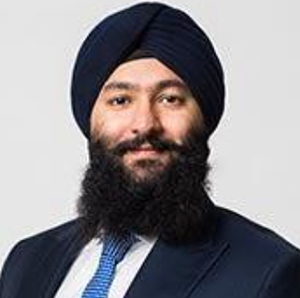 VOTE FOR YOUR BRAMPTON's FAVOURITE

Roberta Battaglia: Made history as the youngest Canadian to reach America’s Got Talent (AGT) finals

Roberta Battaglia made history as the youngest Canadian to reach America’s Got Talent (AGT) finals. The Brampton native earned a coveted Golden Buzzer and a fourth-place finish after performing Alessia Cara’s hit single “Scars to Your Beautiful”. Battaglia began her music career at the age of 3 when she picked up a microphone at a local restaurant and began singing with her musician father.  Since then Roberta has become an international singing phenomenon and an anti-bullying advocate (she was a victim of bullying as well) and is now considered a role model for other kids. and can be regularly found supporting Toronto’s SickKids Hospital with various fundraising efforts.  Roberta has won the hearts of Bramptonians and fans around the world with her sweet nature, humble persona, and of course her beautiful voice. 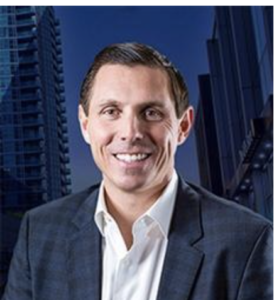 Patrick Walter Brown is serving his first term as Brampton’s 51st Mayor and is arguably amongst the hardest working mayors in the GTA. His commitment and passion for the City have helped put Brampton back on an upward trajectory with continued growth, securing long-overdue funding to expand the City’s health facilities and most recently the approval to build a state-of-the-art cricket center. The Mayor is a strong proponent of public safety, healthcare, and diversity. His “FairDealforBrampton” campaign helped pressure and secure healthcare funding and additional funds for law enforcement. Mayor Brown has also been on the frontlines demanding justice reform and a greater voice for victims of crime.  Mayor Brown’s love of Brampton is reflected by his actions and the way in which he speaks about the community. The Mayor’s favorite Canadian politician; former premier Bill Davis was born in Brampton. Mayor Brown may not have been born in Brampton, but his heart clearly beats for the people of this city and the communities he serves. 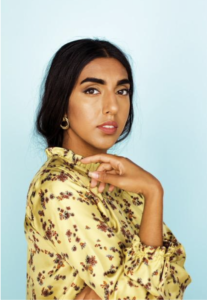 Rupi Kaur is an Indian-born Canadian poet, illustrator, photographer, and author. Rupi immigrated to Canada with her family and settled in Brampton. She began performing poetry on Instagram in 2009, eventually becoming one of the most popular online poets. In 2015 she famously called out Instagram for removing controversial pictures she posted online which helped propel her career which has largely focused on the success of 3 poetry works; Milk and Honey (2014), The Sun, and Her Flowers (2017), and Home Body (2020).   Her popularity is comparable to a pop star and she has been praised for influencing the modern literary scene. Despite mixed critical reviews Kaur was included on a congratulatory year-end list published by the BBC and Elle; where The New Republic controversially called Rupi the “Writer of the Decade”. 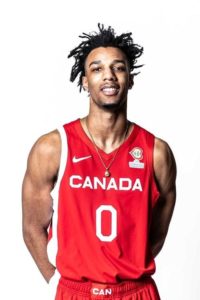 A. J. Lawson is a Canadian professional basketball player who went to high school in Brampton at St Marguerite d’Youville and now plays for the College Park Skyhawks of the NBA G League.  The 6’6” guard competed internationally for the Canada men’s national under-19 basketball team at the 2018 FIBA Under-18 Americas Championship where Canada finished second in the tournament. In the 2019 FIBA Under-19 Basketball World Cup, Lawson averaged a team-best 16.7 points with 3.9 rebounds and 3.4 assists per game in seven games as Canada advanced to the quarterfinals. His career highlights include Second-team All-South Eastern Conference (2021) and the South Eastern Conference All-Freshman Team (2019).  A.J. was rated as high as 40th best collegiate player in 2019 and 4th ranked player in Canada. He was an early entry into the 2019 and 2020 NBA drafts but withdrew before entering the 2021 NBA draft where he went undrafted and remains an unrestricted free agent while still playing for the College Park Skyhawks. 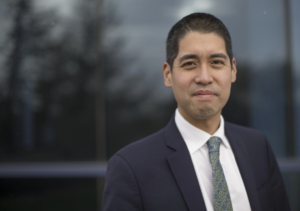 Dr. Lawrence Loh assumed the role of Chief Medical Officer for the Peel Region in July Of 2020. He served as an Associate Medical Officer of Health since 2016. He has played an integral part in Peel’s COVID-19 response providing leadership and guidance and also helped with many other key health initiatives before Covid including water fluoridation, Lyme disease prevention, renewal of the Ontario Public Health Standards, and the deployment of electronic medical records Prior to his time at Peel Public Health, Dr. Loh served with all 3 levels of government in Ontario and British Columbia. He worked at the Public Health Agency of Canada in the vaccine safety division, at Fraser Health Authority in British Columbia as Medical Health Officer for Burnaby and the Tri-Cities, and as Senior Medical Consultant to Ontario’s Chief Medical Officer of Health. However, his connection and affection to Peel Region go much deeper having first entered practice as a family physician in Heart Lake in northwest Brampton. Dr.Loh went on to complete a Masters’s at Johns Hopkins and specialty training at Peel Public Health as a senior resident in 2011. 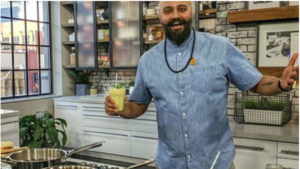 Rick Matharu is a Punjabi-Canadian who was taught and inspired to cook by his mom. In 2011, his now-famous butter chicken lasagna recipe won a Food Network Canada reality TV competition called Recipe to Riches, and it was that victory that led to his packaged Butter Chicken Lasagna being sold in Loblaws grocery stores across the country and help spread the exquisite tastes of his native country to his adopted Canadian home.  Rick has guest-hosted Citytv’s ‘What’s Cooking’ and featured in a number of major media outlets in both print and in person. Rick’s cooking is focused on highlighting South-Asian food and merging those tastes with traditional Canadian tastes to create a unique set of flavors and foods. can also be found on the Food Culturalist on OMNI and Citytv’s Bollywood Boulevard where every week his light-hearted personality brings viewers new recipes to try.  Rick also has a RicksGoodEats.com; where he uses YouTube, Instagram, Facebook, and posts to engage viewers and experiment in the kitchen with different cultures and flavors. Rick recently co-founded The Glass Museum with his wife Harjot and works with independent artists, musicians, designers, filmmakers, and corporate brands to proliferate art and produce original content.

Kathy McDonald: Trustee for the Peel School Board in wards 3 and 4 since 2014 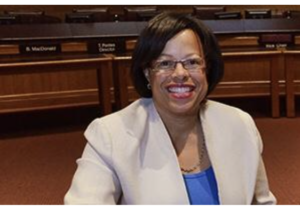 Kathy McDonald is a long-time Bramptonian and has been the Trustee for the Peel School Board in wards 3 and 4 since 2014. Before becoming Trustee, Kathy had been actively involved as a parent volunteer since 2001 and was Chair of her son’s parent council. Kathy’s key priorities are to help children realize their potential, support student success, and advocate for increased teaching assistants for students with special education needs. Outside of the Peel board, Kathy is a dedicated volunteer where she is a coordinator for a community youth steel band, a children’s storyteller of Jamaican folktales, a member of the Congress of Black Women Brampton Chapter, and was previously chair of the Caribbean pavilion for Carabram.   Kathy holds a Bachelor of Science from McGill University and a post-graduate diploma in the Theory of Teaching Practices from the University of Guelph.

Robert Rutledge: Proud owner of Al’s Barbershop which dates back to 1946 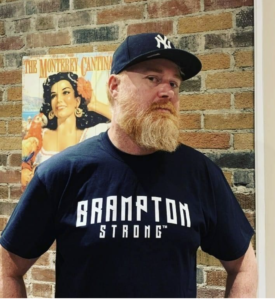 Robert Rutledge is the proud owner of Al’s Barbershop which is located at 247 Queen St West and continues its hair cutting tradition that dates back to 1946 when original owner Al Widdis first opened the door to customers.  With that kind of roots in the community and Rob’s naturally contagious positive attitude; its no surprise that many of the those who in Brampton trust Rob with their hair and that Rob is especially good with small children. Known affectionately as the “Red Rooster” for his red hair; Rob even gives veterans free hair cuts during the month of November. 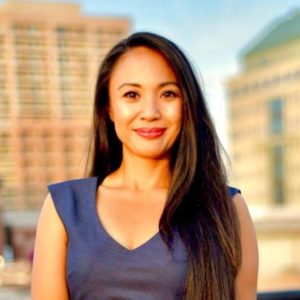 Rowena Santos is a dynamic first-term Councillor and champion for Brampton, having received the confidence to represent her constituents at both City Council and Regional Council.

Rowena is the first Filipino elected in Brampton, representing Wards 1 and 5.  Her goal is to change the culture of politics.  She is passionately involved with the community, where she can be found supporting residents, local organizations, small businesses, and artists.  Rowena participates in countless events across the City. At times, you may find Rowena playing guitar or singing at these events with her band “Point of Order”.

Rowena is focused on mentoring young women and raising awareness towards gender-based violence. She advocates, “One of our biggest barriers to achieving gender equality is violence against women”.

Councillor Santos has a formidable presence on both City and Regional Councils, providing strong leadership in advancing vital issues, such as climate change measures and sustainable transportation in Brampton, and across the Region.  At the national stage, she continues this important role with her appointment to the Board of the Federation of Canadian Municipalities.

Prabmeet Sarkaria: Lawyer and MPP with the Progressive Conservative Party 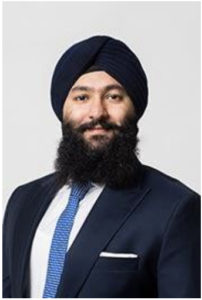 Prabmeet Sarkaria is a lawyer and MPP with the Progressive Conservative Party.  Representing his constituents in Brampton south since 2018, he was the first Sikh to wear a turban at Queens Park.

His hard work at the provincial level was recognized, where he was promoted to President of Ontario’s Treasury Board in June of 2021.  Previously Prabmeet served as the Associate Minister of Small Business and Red Tape Reduction from 2019 to 2021.

MPP Sakaria grew up in Brampton and worked with Brampton’s Property Standards Committee before becoming an MPP.  He is also the former Vice President of Ontario’s chapter of the World Sikh Organization, an organization that advocates for the Sikh community diaspora.

Prabmeet also helped organize the “Hockey for Humanity” tournament. The annual ball hockey tournament is a non-profit event where all proceeds go to a different charitable cause every year. More information on Hockey for Humanity can be found at https://hockey4humanity.org/