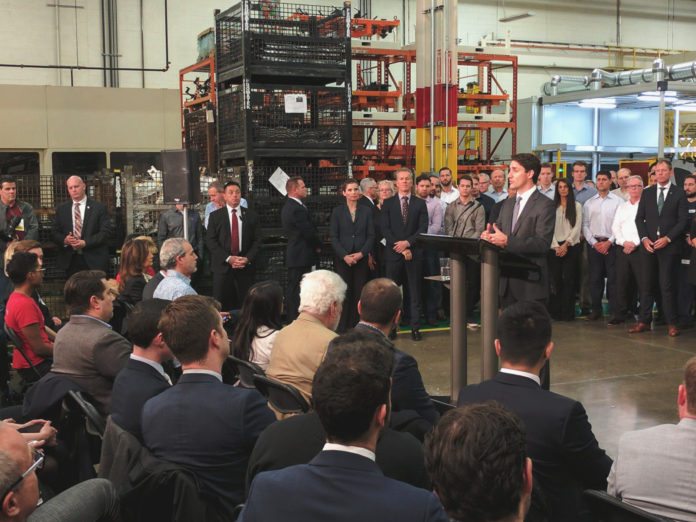 The 2017 federal budget rollout will include a $125 million investment in hopes of creating superclusters of research, global talent and firms operating in the field.

The announcement took place at Magna International Incorporated facility in the area of Steeles Avenue and Goreway Drive.

The strategy will promote collaboration between Canada’s superclusters and centres of innovation, including the Toronto-Brampton-Waterloo innovation super corridor.

In recent months Brampton has received a significant amount of attention from provincial and federal leaders. This is the Prime Minister’s third visit to the city in just six months and it highlights the importance of Brampton as an emerging innovation hub in Canada.

Brampton sits as the mid-way point between Toronto and Kitchener/Waterloo, putting the city in a unique position to further grow as an integral part of the super corridor.

Prime Minister Trudeau was on hand in October of last year for the official opening of Amazon’s Brampton facility which utilizes cutting-edge robotic technology as a core part of its operations.

Trudeau also stopped in Brampton just a few weeks ago for pre-budget discussions with local Members of Parliament and Mayor Linda Jeffrey.

As university planning continues, the city will no doubt be looking for further opportunities to grow Brampton as an innovation hub.