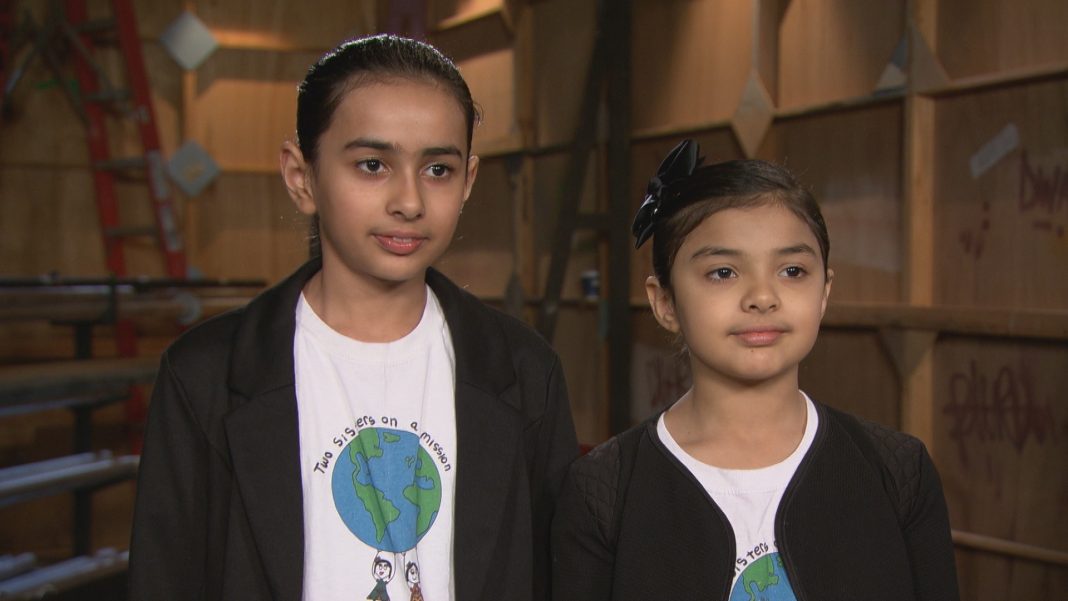 Dragons’ Den attracts business owners and entrepreneurs from across Canada. Contestants from all kinds of backgrounds and ages show up to pitch their businesses for a chance to gain investment from one of the six celebrity tycoon hosts.

Amna and Fatima’s business is Two Sisters on a Mission, an online art store. Through their efforts, they have branded themselves as the youngest social entrepreneurs in Canada. They managed to earn $10,000 in revenue in the past five months, by selling prints of original artworks their purchase form unique artists across the globe, with royalties of 10 per cent going directly to the artists for each print sold.

Fatima and Amna’s journey started on a family trip building a library in Grassy Narrows First Nation, where they saw a performance by Jason Fobister, a teacher, drummer and artist. They were inspired by his message of love for humanity despite the difficult circumstances of his community. The Sultan sisters were moved to share his message with the world. Fobister was taken on as their first artist and Two Sisters on a Mission was born.

“By bringing their art into the world, we are sending the message that they are enough,” the sisters said during the episode. They declare their mission is to share the belief that “anything is possible if you lead with love and work hard.”

The sisters, with their contagious energy and inspirational spirit, captivated the hosts enough to have all of six them compete to offer them deals. Though the sisters asked for a $5,000 investment for five per cent of their company, they walked away with $20,000 for ten percent of their company. And that was not all. Dragon Lane Merrifield approached Fatima and Amna after their pitch to give them future college tuition through his fund.

You can watch their pitch episode here on CBC Gem. The Fatima Sisters go on at 16:34.