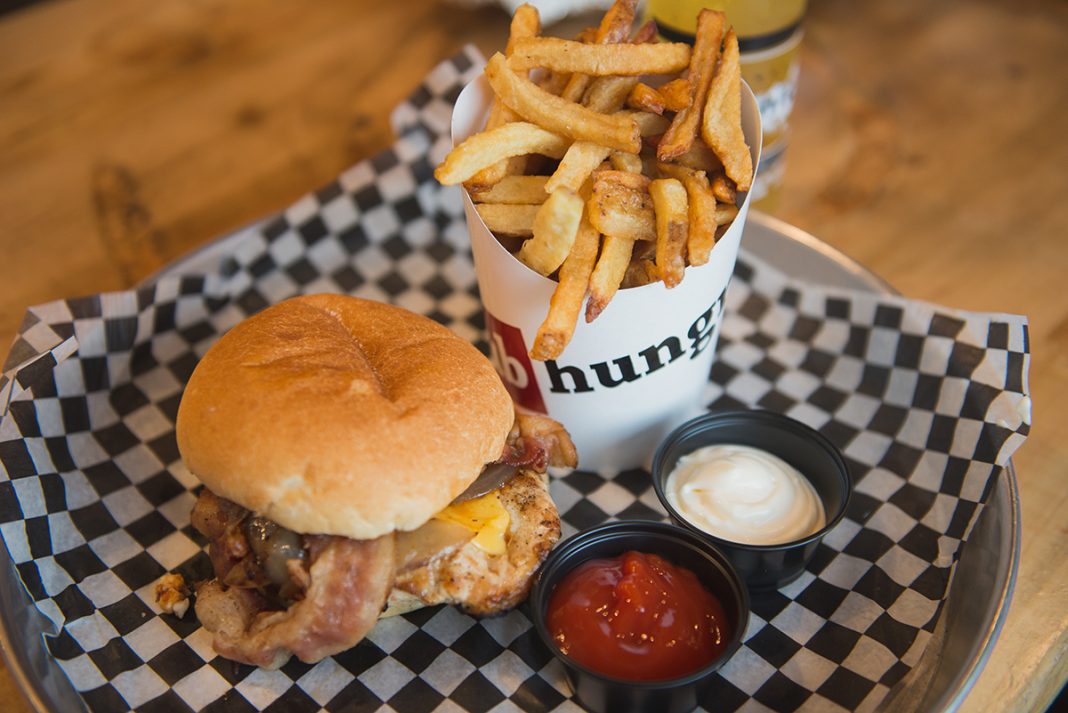 Union Burger is a burger, fries and ice cream joint with a location at the corner of Steeles Avenue and Hurontario St. in Brampton.

Two things stand out — the sheer quality of the food, even with its ridiculously great prices (you’ll see what I mean in a second) and the fact that you can choose a bottle of beer with your combo. 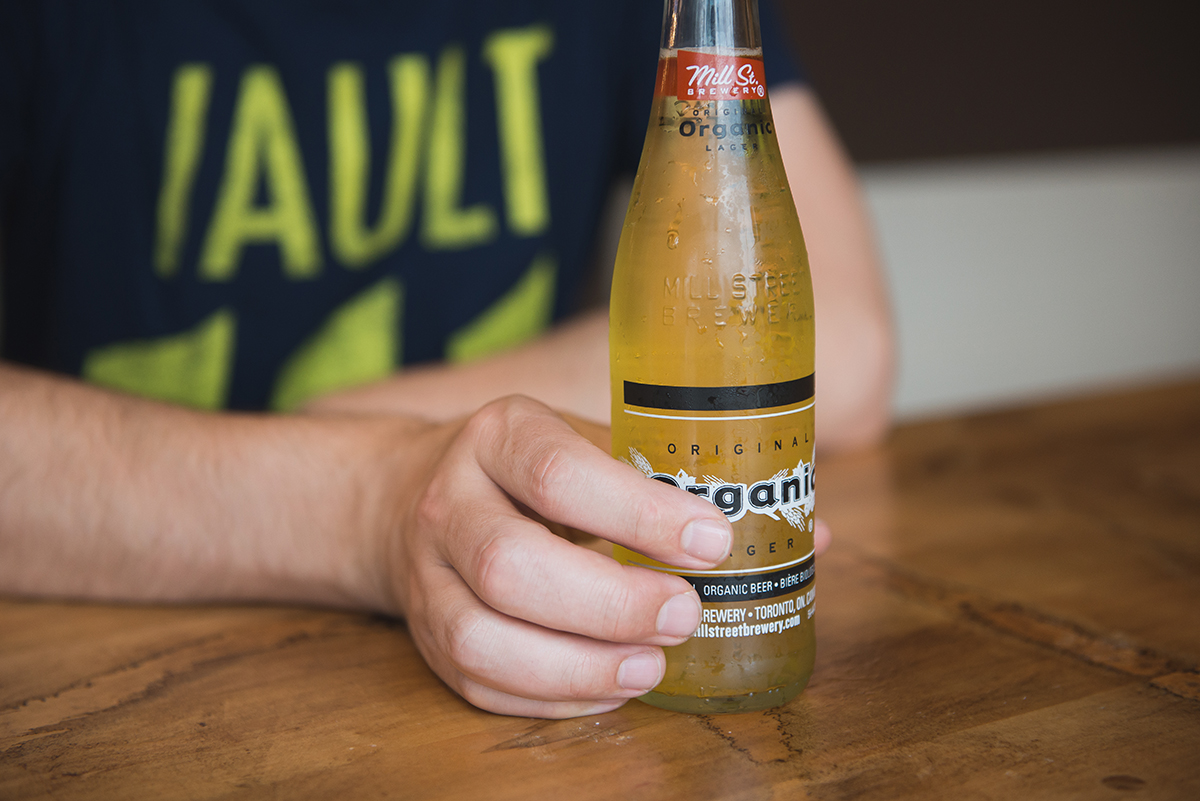 On any regular day, you can stroll into Union Burger and grab a quarter-pound burger with fries and a drink for just $4.90. It really doesn’t get any better than that for cheap, delicious food these days, folks.

On this particular day, we skipped the standard combos and enjoyed a few of Union Burger’s more decadent options.

First up was the Great Canadian ($6.99) which has a fresh burger patty, a thick-cut slice of Peameal bacon (the real stuff), and Swiss cheese. This is a quality go-to, and you generally won’t find Peameal on the menus of takeout burger joints in this area, which earns Union Burger major bonus points.

We also enjoyed the Bourbon Chicken ($8.99), which is one of the restaurant’s four chicken sandwiches. The Bourbon Chicken has a grilled chicken breast, a whisky BBQ sauce, caramelized onions, American cheese and to top all of that off, two giant strips of smoked bacon. This one is not to be underestimated, as chicken burgers often are. It’s moist, flavourful, saucy (because who doesn’t love BBQ sauce?) and very filling. 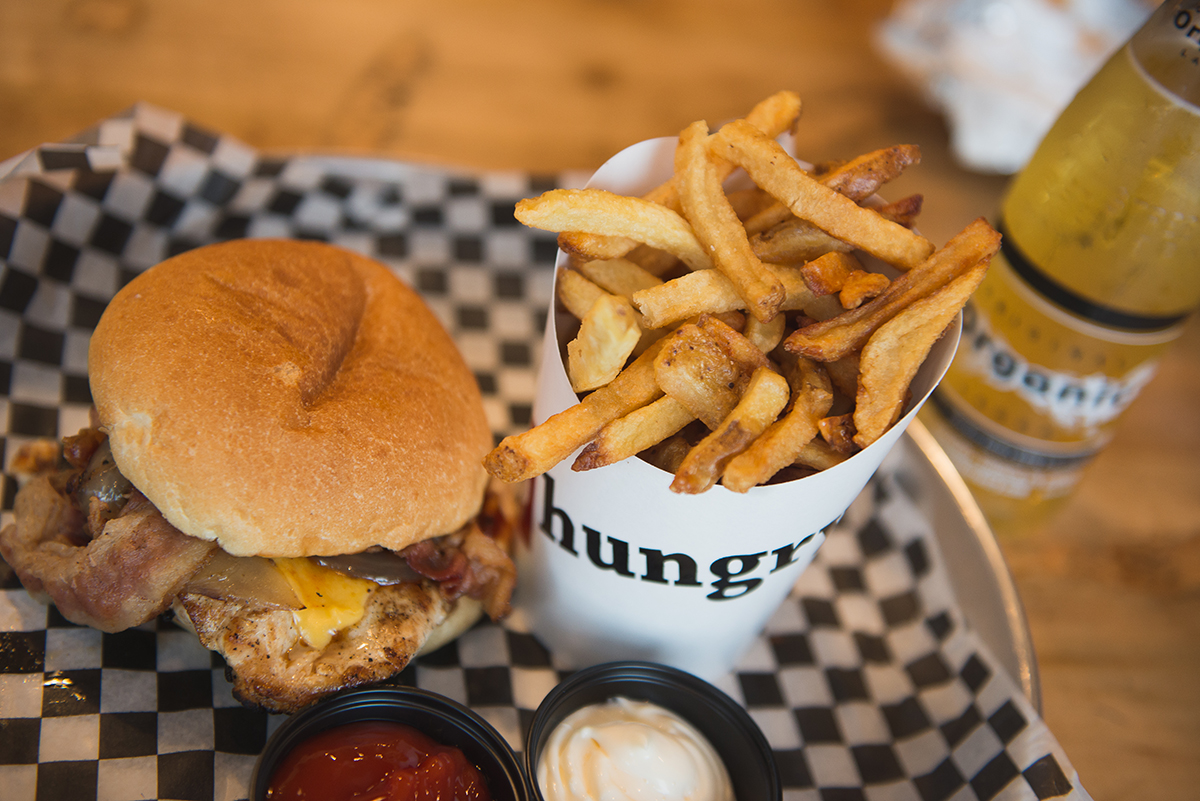 All of the combos have the option of fries or onion rings on the side. Union Burger also has both a traditional and a buffalo chicken poutine on the menu as options to pair with your meal. 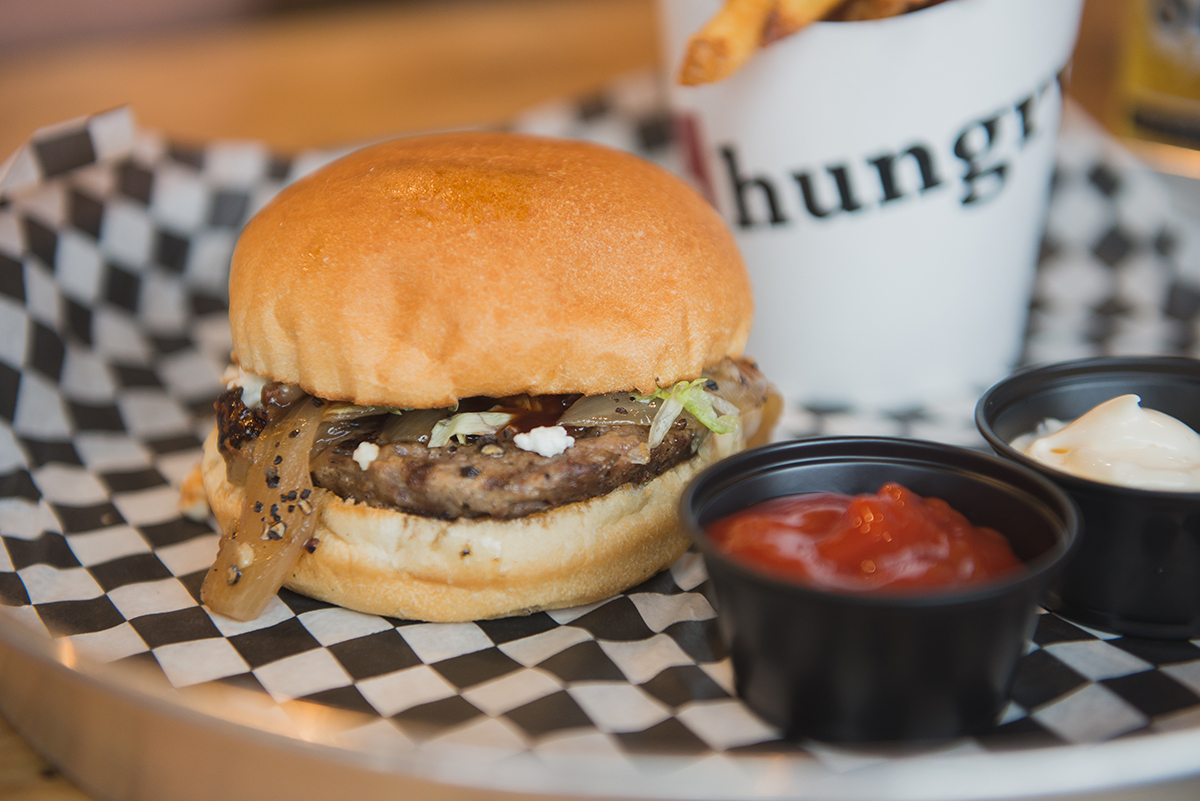 Probably the most exciting thing was the domestic bottled beers priced at $2.99. This is unheard of: you just can’t get a beer that cheap at any restaurant. On our visit there were Canadian, Bud Lite and Mill St. Organic as options, with the Mill St. being the stand-out value.
A meal really isn’t a meal without dessert so naturally, we had to try the restaurant’s selection of milkshakes. We have it on pretty good authority that the Nutella and Cookies ‘N Cream flavours are definitely worth trying.
Union Burger has a few other items on the menu for those with a sweet tooth including soft serve cones — plain or dipped — sundaes and a concoction called a Twist, which is a bit more of an elaborate take on the standard sundae. None of these will break the bank either, as the dessert menu ranges from 99 cents to $3.99. 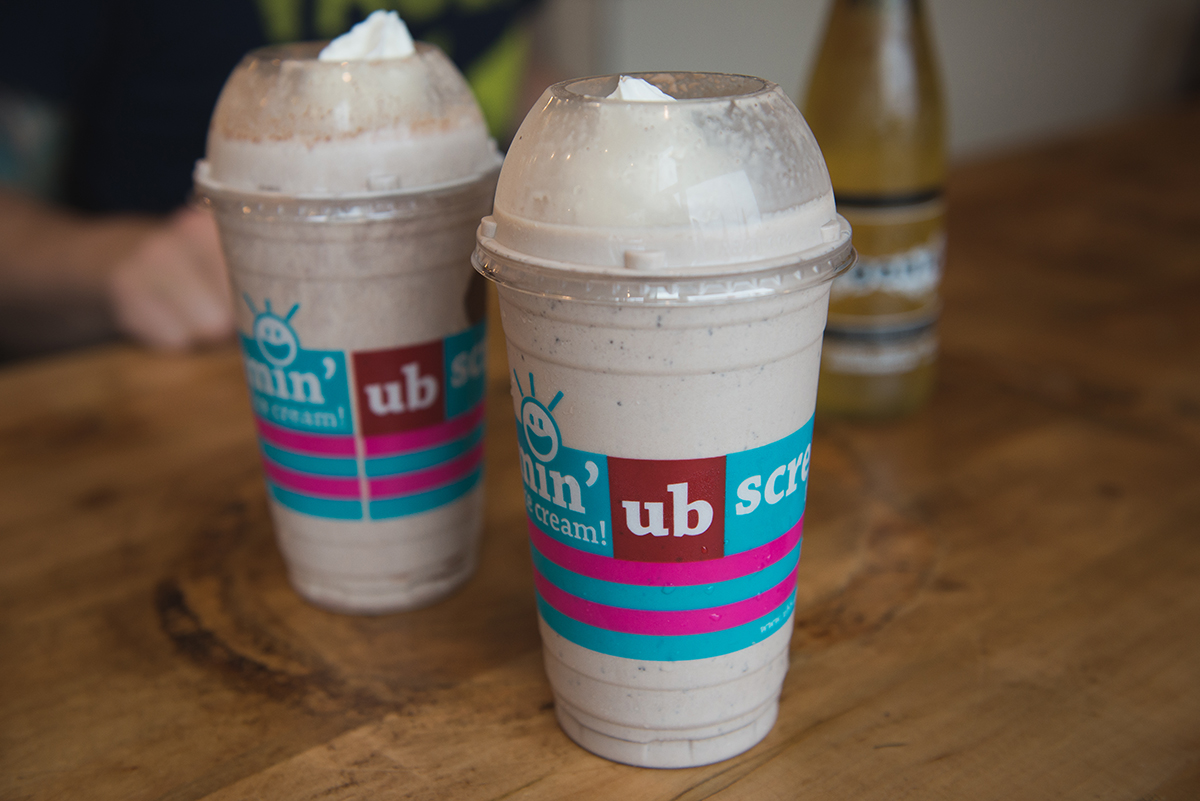 The restaurant has a rustic-meets-urban-meets-diner vibe, with its maple wooden tables, a graffitied wall on one end and comfy leather booth seating on the other. This location also has a giant outdoor patio with picnic bench seating and umbrellas. It’s surrounded by greenery to block out the noise of Steeles. It’s patio worth putting on the list for patio season. 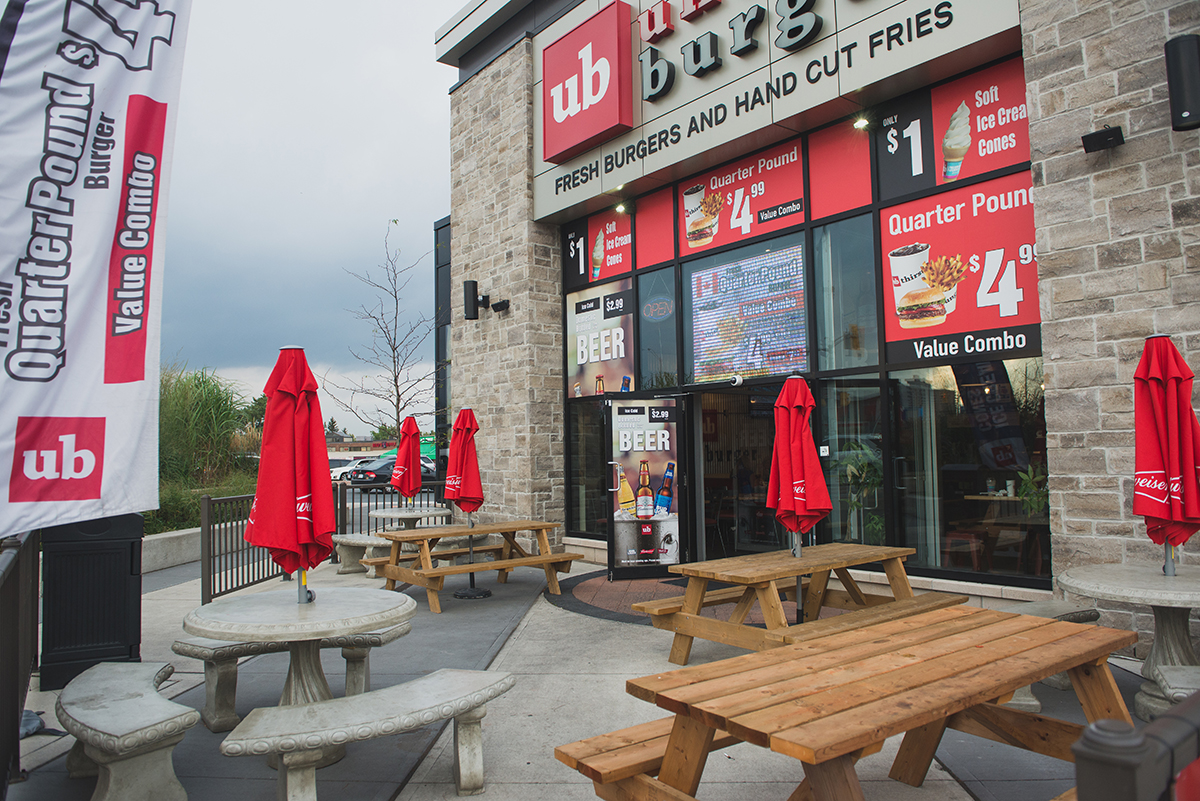 Bottom line: you just won’t get the type of value coupled with the variety of options and level of quality at any other burger joint in Brampton. Plus there’s beer, so, ’nuff said.
Union Burger is located at 1 Steeles Ave East, just across from the Brampton Gateway Terminal.