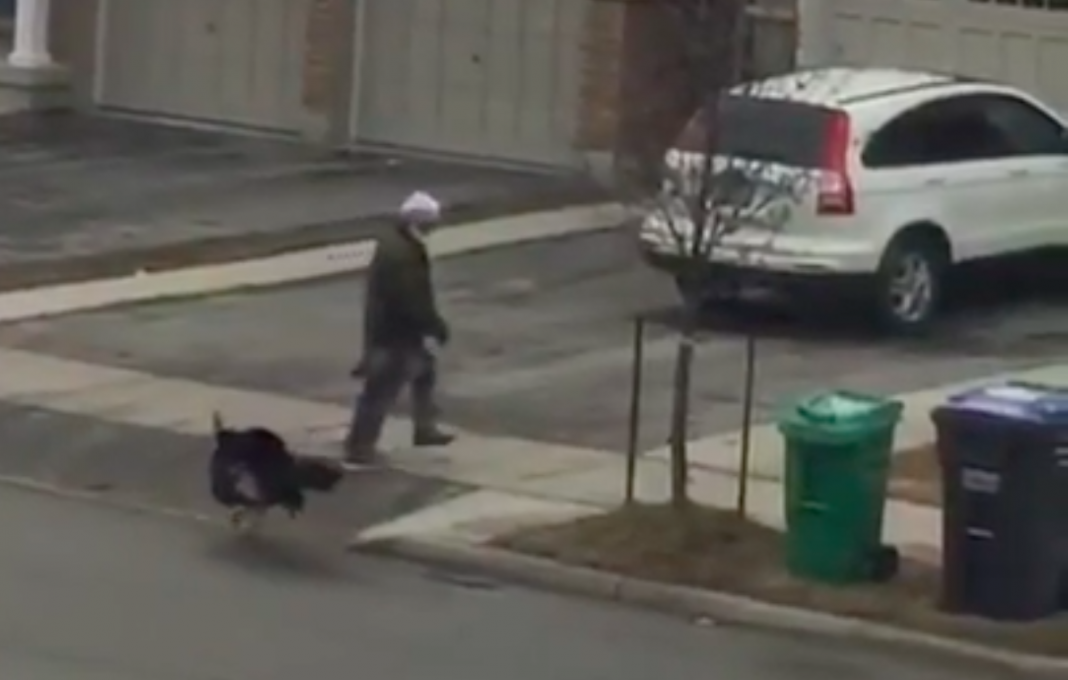 Brampton has seen some real man versus animal action this week. A video of a Brampton man being chased by a large wild turkey has been making the rounds on Reddit.

A man was out for a stroll in a residential pocket along Mountainash Road when he started being followed by the massive bird. He attempts to give it the slip a couple of times and to shoo it away to no avail, because the turkey is completely unfazed throughout the whole altercation.

He even grabs a stick at one point, likely to defend himself if it came to that, but the turkey continues to charge him.

The ordeal comes to an end when a car rolls up to the scene to rescue the man, but this doesn’t ruffle the bird’s feathers either, in an extended version of the video the turkey can be seen charging after the car.

Spotting wild turkeys isn’t out of the norm in Brampton. On the city’s North end where there are plenty of ravines and parks, and the wild birds have been known to pop up now and then.