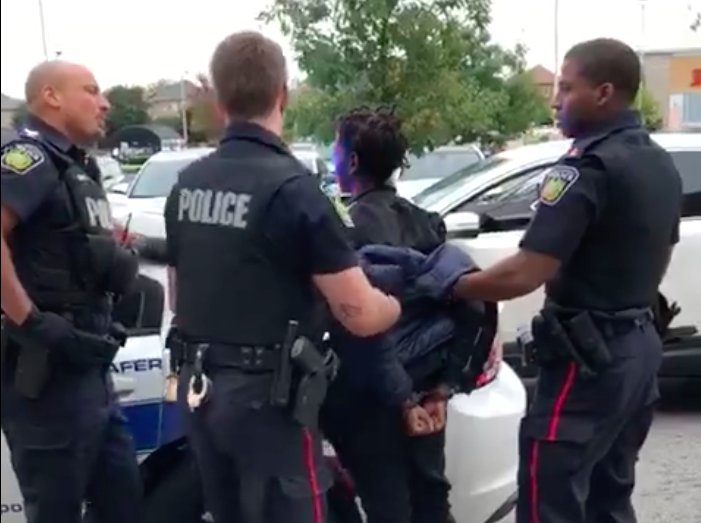 Two videos surfaced on social media last week of a 12-year-old boy who was arrested by Peel Regional Police on September 24.

Initially, a video was circulated that began after the 12-year-old was cuffed and already in the back of a police car. A woman, the boy’s mother, arrives on the scene and challenges the officers regarding her son’s arrest.

Without context, the internet quickly drew conclusions. Some people thought the boy had been wrongfully arrested, others thought the issue may have to do with profiling and racism. Some commended the officers for keeping their composure during the aggressive and heated discussion with the boy’s mother.

Later on, a second video surfaced showing the boy’s actual search and arrest by police. In the video, the boy is noticeably distraught while two police officers conduct a search and eventually place him in a squad car.

A Peel Regional Police spokesperson told Bramptonist that on the day of the incident, police received a call from a member of the public reporting that they had seen two teenage boys walking in the area of Edenbrok Hill Drive in Brampton with a weapon believed to be a taser. The person making the complaint reported that they had seen the same two boys in the area just a few days before.

At the scene a heated altercation occurred between the parent of the child and the officers on scene. Peel Police says that other members of the public present at the time were also hostile towards officers.

In the end, no criminal charges were laid against the 12-year-old, and he was released into the custody of his parent. The 15-year-old was charged with Possession of a Prohibited Device and Breach of Recognizance. Both of their identities remain protected under the Youth Criminal Justice Act.

Watch the videos below: