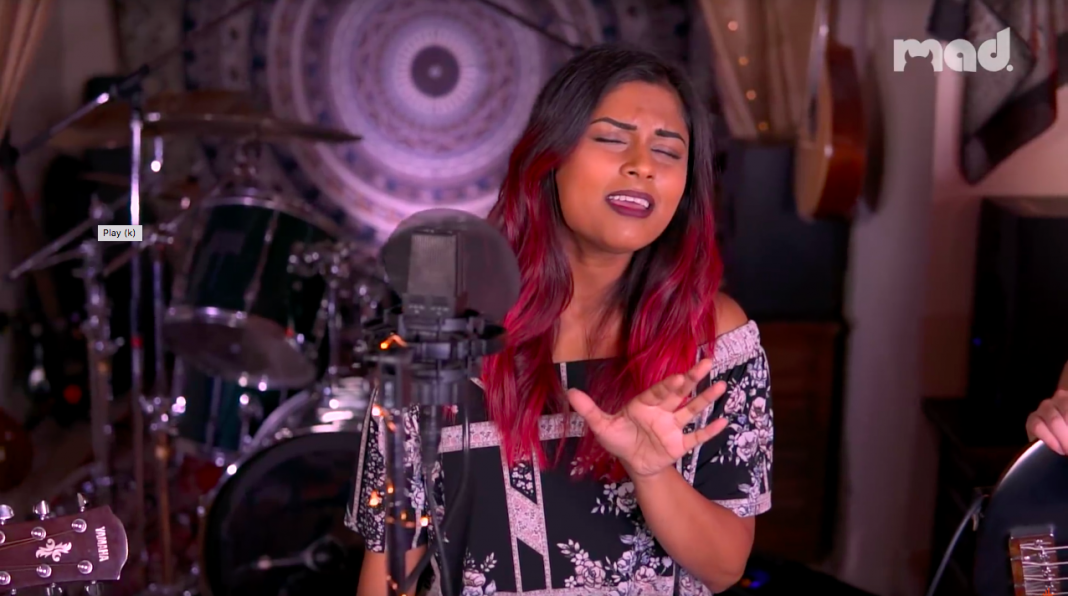 Shirsha Chakraborty has performed on stages across Canada, the United States and India for several years. After winning a national singing competition in India judged by Shankar Mahadevan, she recorded vocals on his composition, “Laadli”.

Shirsha has also performed with Bollywood sensation Ash King, and was invited by Grammy award-winning pianist and songwriter Laura Sullivan to sing in a collaboration called “900 Voices”. Last year, she made her Bollywood playback debut alongside maestro Ustad Rashid Khan in the theme song of the movie “Wedding Anniversary,” called “Bidesia – the Stranger.”

In this acoustic set, Shirsha takes us on a melodious journey with unique acoustic fusions of “Baarish” (from the movie Half Girlfriend) with WENS’ “Take It,” “Raabta” (from the movie Agent Vinod) and Taylor Swift’s “Treacherous,” and Troye Sivan Mellet’s “My! My! My!”.

In this episode, Shirsha talks about how to exercise your vocal cords before singing to keep your voice balanced and hit those high & low notes.

This performance was created as part of the #MonsterArtist Development (MAD) program by MonstrARTity, a creative community and not-for-profit organization committed to providing entertainment for all ages.