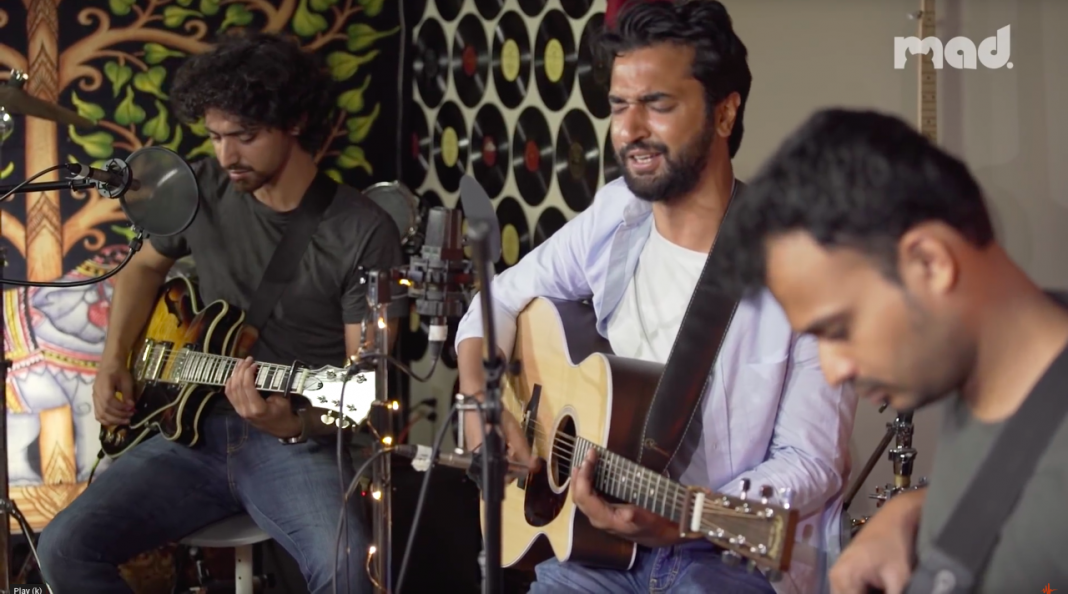 Parvaaz is a contemporary Indian music band whose four members have assimilated several international progressive/psychedelic rock influences but their own expression has a rootedness that makes their sound unique.

They sing mostly in Kashmiri and Urdu and their own line-up reflects the diversity they come from. Khalid Ahmed (vocals), Mir Kashif Iqbal (guitars), Sachin Banandur (drums) and Fidel D’souza (bass) constitute the Bangalore-based rock group.

The band has so far released an EP titled “Behosh” in 2012 and the full length critically acclaimed album titled “Baran” in 2014. The band also released a live DVD titled “Transitions” in 2016 and are currently working on their second LP. Parvaaz has been featured on the cover of the May 2018 edition of Rolling Stone India. They had their first performance in Canada in 2017 at Monster Rock Orchestra, produced by MonstrARTity.

Parvaaz enjoy an unparalleled spot in the Indian indie music scene and there’s no other band that sounds anything like them. Watch this special rendition of their hits “Color White,” “Gul Gulshan” and “Ab Ki Yeh Subha” in this #MonsterArtist Development (MAD) episode.

This performance was created as part of the #MonsterArtist Development (MAD) program by MonstrARTity, a creative community and not-for-profit organization committed to providing entertainment for all ages.