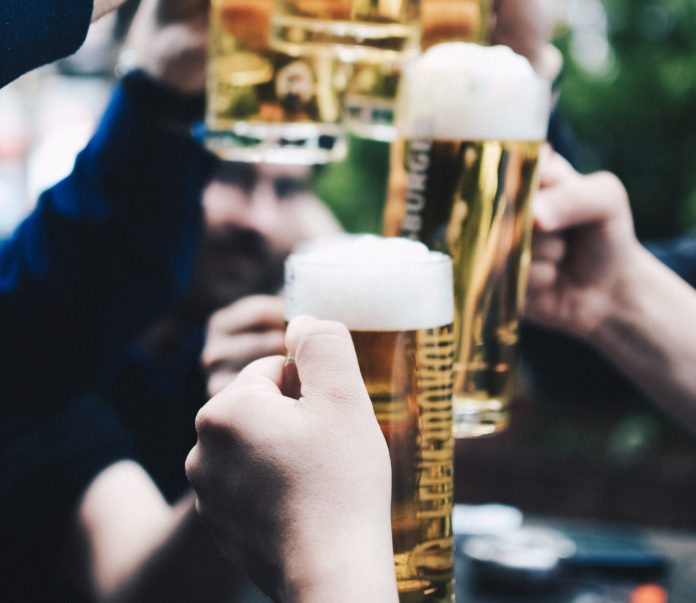 Super Bowl 51 between the Patriots and the Falcons goes down this Sunday February 5. Whether you’re in it for the football, the guys in tight pants, or the halftime show, watching the game can be a pretty good time. We have rounded up some places where you can catch the game and enjoy some brews this Sunday.

J Red & Co. is one of Brampton’s trendiest spots. This Sunday they’re offering up prime rib and there will be special Super Bowl platters for big groups. They’ve got a great bar, some craft beers and they also serve Nutella pizza. It’s sort of the best of both worlds, since Sunday is also World Nutella Day.

Fionn’s will be giving away free hotdogs and spicy chili during the halftime show – what could be better? If you’re a Budweiser kind of person be prepared, you’ll be in heaven with $4.50 bud pints (14oz) during the game and you might also score a jersey while you’re there.

The Crown and Lion English Pub

With over 20 beers on tap, this signature English pub is a great place to sit back, eat, get tipsy and enjoy the game. They’ve got big screens for sporting events, so you won’t miss a beat. They’ll also have food and drink deals, as well as giveaways.

Just four days after its grand opening in Brampton, Wendel Clark’s will be throwing a Super Bowl party to rival all others. They’ve got big screens across the restaurant, as any sports themed eatery should. You can expect lots of giveaways, including NFL jerseys. You may want to make a reservation early, because it’s likely going to be packed.

If the requirements for your Superbowl Sunday includes an epic sandwich to go along with the game, you’ll want to pull up a chair at Sul Irmaos. Their extensive list of of po’ boy sandwiches is off the chains. Expect some crazy concoctions packed with meat and flavour. Personal favourites include the Turkey & Waffles and the Pulled Pork Beanasaurus, which is a giant heaping of meat an other delicious things.

Enjoy a hardy Sunday dinner while you catch the game. As the name suggests, Carve’s menu gets its inspiration from the typical English carvery. You can expect roast beef, prime rib with homey sides like potatoes and greens. There’s a TV on every single wall so you won’t miss any of the action. You can look forward to $5.00 domestic tallboys and some featured apps.

Even with 10 screens peppering this little brewpub, they’ll still pull out the giant projector for games. And who doesn’t love a giant screen? You couldn’t miss the game if you tried. Tracks has its own homebrew, which is pretty cool if we do say so ourselves, and they’ll have a Superbowl Sunday special too. A pitcher of Old Mill Ale  and 3 pounds of wings for $31.95.

During an event, Clancy’s always seems like the place to be. It’s usually a packed house for games. Catch the game and enjoy some cheap eats. They’ll have unlimited chili and dogs for only $5.

Where will you be watching the Super Bowl this year? Let us know in the comments below!