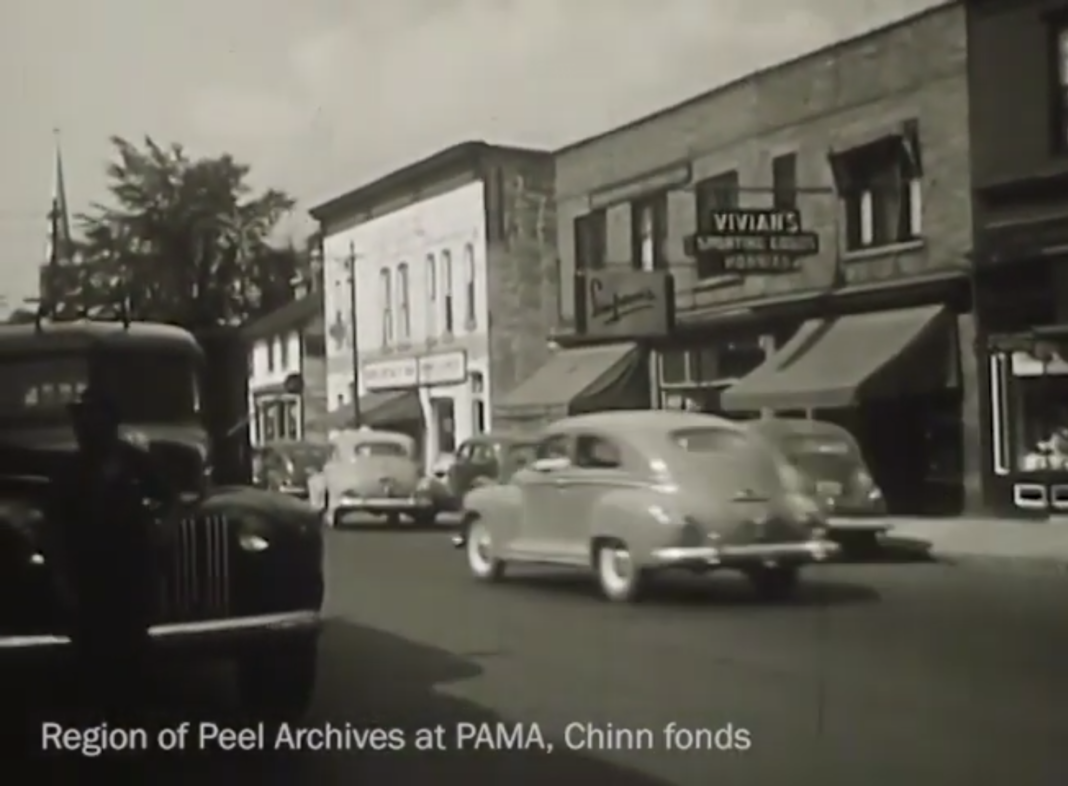 The video, which you can watch below, is from somewhere in the early- to mid-1940s and shows Queen Street West right near Four Corners.

It was filmed by Cecil and Florence Chinn, who are in the video, as well as other people who may have been family or employees of their photography studio.

So let’s go back — way back — and watch downtown Brampton from the archives!

You can also view the video on YouTube here.