Bramptonist
Home News City What does a Liberal Majority mean for Brampton? 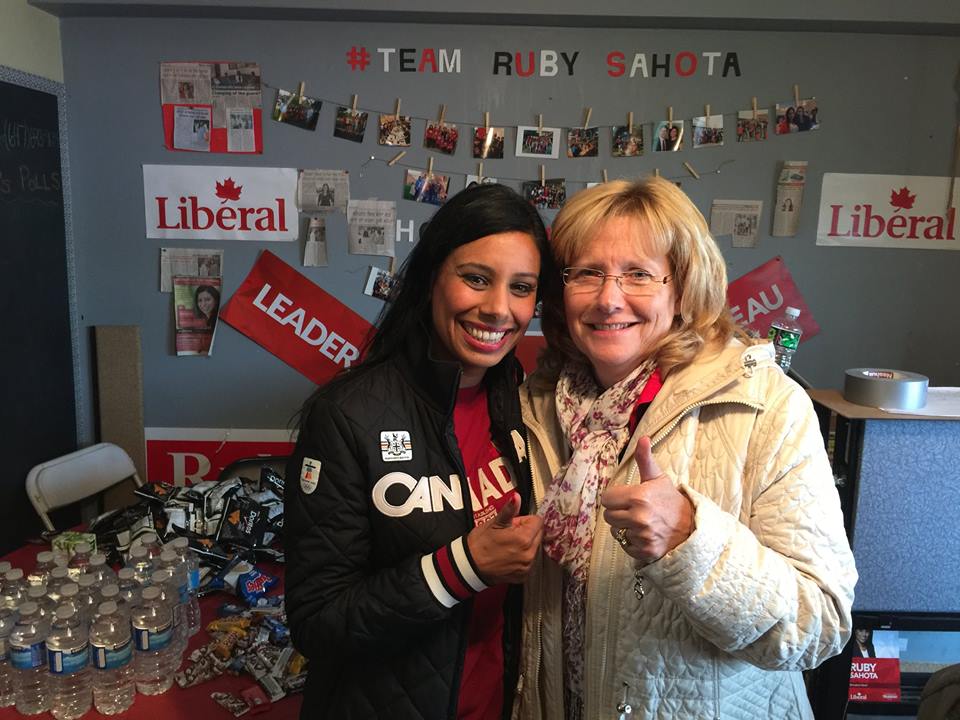 Prime Minister, Justin Trudeau and the Liberal Party of Canada swept into power a mere two weeks ago after winning 184 seats Canada’s 338 seats in the house of commons.

Their triumph over the reigning Harper conservative government was something many did in fact see coming after numerous polls showed a Liberal lead. What the country did not anticipate was the giant red tide that swept across provinces from coast to coast. On election night the Liberals took riding after riding.

After spending many campaign hours in Brampton and paying the city visits on numerous occasions over the past months including, what was called the ‘biggest campaign rally in decades’ at the Powerade Centre with thousands of supporters, the relationships Trudeau managed to cement in the city paid off. All five of the city’s ridings will have a Liberal presence in Ottawa with Members from experience backgrounds in their own respective fields including law and health.

Ruby Sahota, Sonia Sidhu, Ramesh Sangha, Raj Grewal, and Kamal Khera. Voters in Brampton and many urban centers have sent a resounding message for change to Ottawa and Brampton has elected 5 diverse multicultural candidates who brought a clear message of investing in cities and people with a few of these candidates that are 1st generation Canadians who will bring a very unique political perspective to the House of Commons. Bramptonians recognized that we are stronger together as the greatest strength of Canada is our people the fact that you can have so many people from different walks of life live together and coexist is something to be truly be proud of.

Along with a full lineup of Liberal MPs, Brampton also has three Liberal MPPs and a former Provincial Liberal cabinet minister — now our Mayor Linda Jeffrey. It’s safe to say the city now has strong ties on all three levels of government.

These strong relationships will certainly be important moving forward with Trudeau’s commitment to investing in public transit, strengthening communities and growing local economies.

The Liberal government has committed to investing close to $20 billion in transit infrastructure, a significant chunk more than the Harper government ever did. And it only stands to reason that Brampton will want a piece of the pie.

This strong relationship between the three levels of Government . With the economy front and center in this election, The Liberal Party of Canada’s commitment to make historic investments in infrastructure most certainly played in the minds of many voters in terms of jobs for our youth and the struggles of high growth.

The divisiveness and fear used in Harper’s campaign is one thing that remains ever-present in our minds — it was truly un-Canadian. Brampton — with its rich immigrant population — was the perfect place for the Trudeau camp to send a message that this was not the type of government they planned to run if elected. Brampton spoke loud and clear that they stood behind Trudeau’s inclusive, positive leadership by electing the Liberals in all five ridings.

Brampton’s elected candidates are diverse and multicultural — many being first generation Canadians. This will bring a unique political perspective to the House of Commons on behalf of the city.

Living in such a diverse city, Bramptonians recognize that we are all stronger together and the greatest strength of Canada is our people. Many people come from different walks of life and peacefully coexist, rally together and share a collective voice — it’s something to be truly proud of.

All candidates are to be commended for their efforts. We wish our five MPs, Ruby Sahota, Sonia Sidhu, Ramesh Sangha, Raj Grewal, and Kamal Khera all the best on the hill.