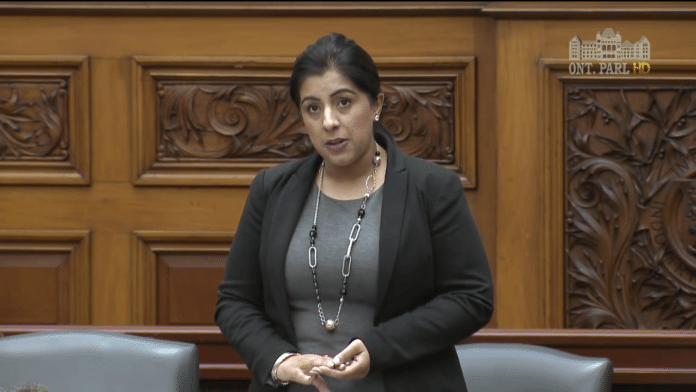 Last week, Brampton North MPP Harinder Malhi brought forth a private members motion offering the provincial parliament the chance to recognize attacks perpetrated against Sikhs during November 1984, in India, as a genocide. Similar motions have been brought up in the past, most recently, Bill 74, by Bramalea-Gore-Malton MPP Jagmeet Singh.

Often private member motions and bills are debated with little fanfare or attention, however, Ms. Malhi’s motion caught the ire of the Indian government. As reported by India’s largest newspaper, The Hindustan Times, it was described as being a “misguided motion which is based on a limited understanding of India, its constitution, society, ethos, rule of law and the judicial process.”

For the last 30 years, Sikh organizations and human rights activists in the West have petitioned and lobbied their representatives to help cast an eye on the human rights violations perpetrated by India in 1984.

These attempts were met with either denial or a downplaying of events, which only added insult to the trauma already faced by the community.

For Sikhs, of which a large population resides in Brampton, the motion represents a government body accepting that these were more than just unorganized and spontaneous acts of violence against the community. It adds credence to the many reports, commissions, and findings that the violence was organized, targeted and intended to eliminate a selected group of people.

The motion attempts to recognize that what occurred against the Sikhs as being more than the work of uncontrolled faceless mobs. For Bramptonians, some of whom are first-hand victims of the violence, it offers acknowledgement that Ontario recognizes and believes their stories and pain.

Since the attacks in 1984, members of the Sikh community have continued to hold vigils across Canada, including a number of the events in Brampton to commemorate the somber occasion.

Victims and their families have attended to share their own stories of loved ones lost in the violence and to renew hope of getting their local governments to hold their international peers accountable by seeking justice for the victims of these attacks.

While this change in language is a welcome step, it is hoped that it will be followed both federally and internationally. To quote Mark Twain,