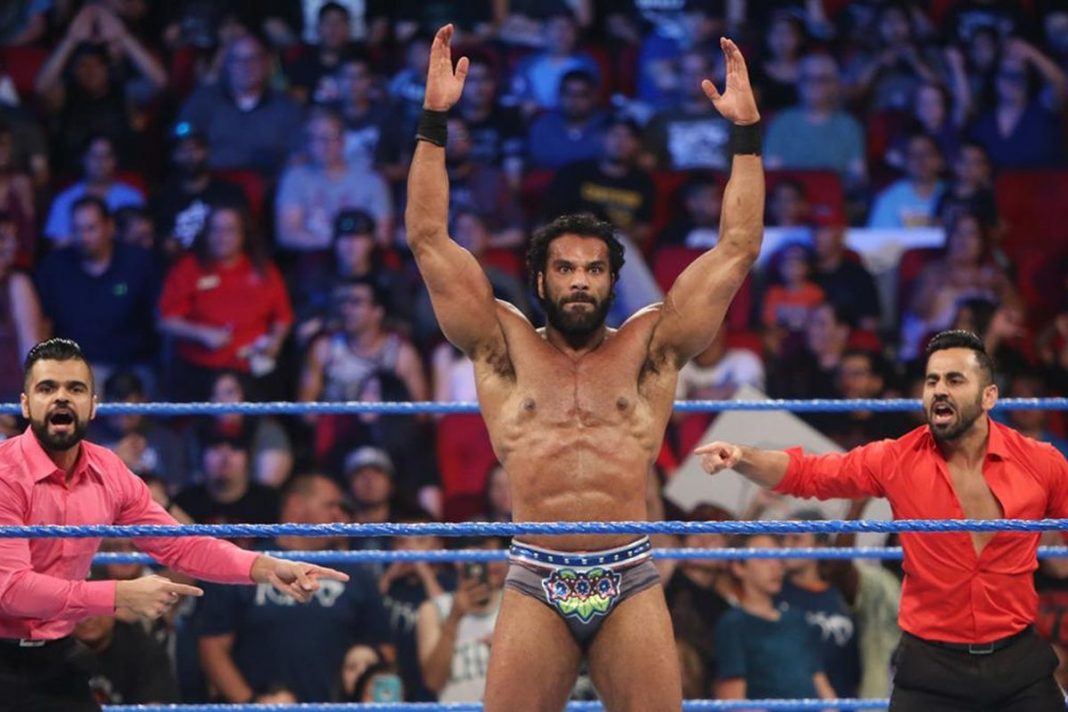 WWE Champion and proud Canadian Sikh Jinder Mahal is coming to Brampton on Friday for a Sikh Heritage Month event.

During the April 8 WrestleMania 34 event in New Orleans, the self-named “Modern Day Maharaja” won the United States Championship in a Fatal Four-Way match with WWE superstars “Viper” Randy Orton and “Glorious” Bobby Roode, snatching the title away from the “Bulgarian Brute” Rusev.

The famous Punjabi wrestler will be attending a Fireside Chat on Friday, April 13 from 7 p.m. to 9 p.m. at Brampton City Hall. And bonus: it’s free admission! The event details are here.

Mahal, whose real name is Yuvraj Singh Dhesi, is the nephew of Gama Singh, a former WWE wrestler. Mahal took the name Tiger Raj Singh across wrestling circuits in Canada and the US, and entered the WWE as Jinder Mahal in 2010. His four-year contract had him feuding with fellow Indian wrestler The Great Khali, and was often on the undercard in the group 3MB (3 Man Band).

After his WWE contract ended in 2014, Mahal spent two years improving himself on the independent circuit. He returned to WWE in 2016 during a summertime appearance on WWE Raw television. It solidified his return to the big stage with a different physique and a healthier lifestyle. His new two-man crew, the Singh Brothers, helped build Mahal as a global name on the WWE roster with their tag-team involvement and distractions.

One year later, he became the first person of Indian descent to win the WWE Championship in a major bout at Backlash against Randy Orton, a 13-time world champion, leaving fans in disbelief. This climatic win elevated Mahal and showcased his superiority as a top-level contender on the WWE stage. He followed with an intense celebration on the SmackDown LIVE stage, now with 4.8 million views on YouTube (which you can watch below). This unapologetically Punjabi celebration may have helped propel the WWE to international audiences and has definitely given greater recognition to the Punjabi culture.